Speaker at the September 2017 Event 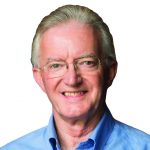 Jonathan Lamb came to faith as a child of five at a mission for children in London. After studying Geography and Economics, he taught for some years prior to then joining the staff of UCCF (the Universities and Colleges Christian Fellowship), first as a regional staff worker and then leading the universities’ work in Britain.
He was then appointed to the staff of Belmont Chapel, Exeter, where he was involved in a pastoral and teaching ministry. He has since held leadership positions in a range of organisations, including as Regional Secretary for Europe & Eurasia, and then Associate General Secretary, for the International Fellowship of Evangelical Students. For 11 years he was the Director of Langham Preaching, supporting training initiatives for pastors and preachers in some 50 countries around the world. He has had a long association with Keswick Ministries, serving two terms as chairman, and more recently as CEO.
Today he serves as the minister-at-large for Keswick Ministries, supporting the Keswick movement in the UK and beyond. He is also a Vice President of IFES, and also continues as a facilitator for Langham Preaching movements. In these capacities he travels widely in teaching and training. He is the author of several books, including ‘From why to worship’, based on the prophecy of Habakkuk, ‘Godliness from head to toe’, based on the book of James, and ‘Faith in the face of danger’, based on the book of Nehemiah. His most recent books include ‘Integrity: leading with God watching’ (IVP), ‘Preaching matters: encountering the living God’, (IVP), and ‘Knowing God Better: the vision of the Keswick movement’ (Keswick Ministries).
He and his wife, Margaret, live in Oxford, and they have three daughters, two of whom are married, and three grandchildren.
Back to ‘Past Events’ page