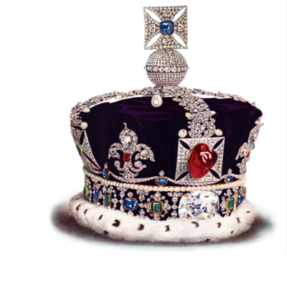 “In the year that king Uzziah died, I saw the Lord…..”. So writes Isaiah as he gives the account of his call to the prophetic ministry (Isaiah 6:1). Mention of the year of Uzziah’s death is, I believe, more than a way of placing the event in its historical context.

There might have been a fear of instability, of the unknown, of possible foreboding at the death of the king. Who, and therefore, what will follow? But by this vision Isaiah is assured that, though the throne of Israel be empty, the throne of God most certainly isn’t. “I saw the Lord seated on a throne, high and exalted”.

In the year that Queen Elizabeth II died we saw, among other things: a pandemic coming to an end (or perhaps preparing for a comeback), a cost of living crisis, the threat of enormous energy bills, rail strikes, an ongoing war in Ukraine, floods covering a third of Pakistan and, to cap it all, a new Prime Minister, Cabinet and King! Plenty of cause for confusion, uncertainty, speculation, apprehension, even despair in some cases, you might think, especially for those who don’t like change.

That is, of course, if we look down at the world around us. But the world around us is not all that there is! As well as looking down in compassion and earnest prayer, we must also look up in confidence – to see the Lord seated on a throne, high and exalted.

Let our earnest prayer be that, in the midst of current uncertainties and difficulties, fears and changes, the peoples of this nation will, in a wonderfully new, even miraculous, way see the Lord. Praise God that the media laid such great stress on our late Queen’s Christian faith. May the church take courage on the back of that to be bold in asserting that same faith as we long to see, and pray for, revival in our day, if it please the Lord to send it. But his being on the throne is not only a cause to trust him, but also a serious reason to honour and obey him wholeheartedly.

Matthew Henry comments on Isaiah 6:1 thus: “Israel’s king dies, but Israel’s God still lives. King Uzziah died a leper in a hospital, but the King of kings still sits upon his throne.” 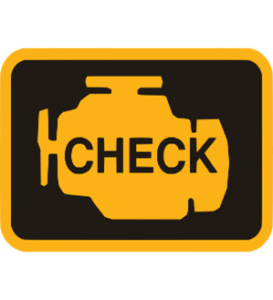 When a warning light on your dashboard shows there are two things you can do: ignore it (at your peril) or get the problem fixed (your wisest option).  Jesus said to the Pharisees and Sadducees: “You know how to interpret the appearance of the sky, but you cannot interpret the signs of the times”.  So what are the signs of our times?

There are many: the coronavirus pandemic, the cost of living crisis, high energy costs, reports of climate change, an economic crisis, the Russian invasion of Ukraine, tension between China and the USA, sexuality confusion, LGBT ideology permeating into so much of our culture, decline in church attendance and the church’s endorsement at times of the world’s ideals and values – to name but a few. So, are these God’s judgment upon our nation? I would suggest that the world, outside of Christ, is already under judgment (John 3:18) but that these things are his gracious, patient warnings.  But of what is he warning us?  That, despite tremendous and laudable advances in science and technology, mankind cannot cope alone.  “Man does not live on bread alone, but on every word that comes from the mouth of God” (Matt 4:4).  But it is that very word that is being ignored or silenced. “For although they knew God, they neither glorified him as God nor gave thanks to him, but their thinking became futile and their foolish hearts were darkened” (Rom 1:21).

But is it all doom and gloom?  Is there no hope?  Did I hear it said that by 2070 human life on planet earth will be unsustainable?  What should be the Christian’s response to all this?  During the recent 40C heatwave and wildfires it certainly felt that the earth could very easily burn up. But what does the Word of God say?    “…the day of the Lord will come like a thief. The heavens will disappear with a roar; the elements will be destroyed by fire, and the earth and everything done in it will be laid bare. Since everything will be destroyed in this way, what kind of people ought you to be? You ought to live holy and godly lives as you look forward to the day of God and speed its coming. That day will bring about the destruction of the heavens by fire, and the elements will melt in the heat. But in keeping with his promise we are looking forward to a new heaven and a new earth, where righteousness dwells” (II Peter 3:10-13).

For the believer the best is yet to be. “Then I saw a new heaven and a new earth, for the first heaven and the first earth had passed away…And I heard a loud voice from the throne saying, “Now the dwelling of God is with men, and he will live with them….There will be no more death or mourning or crying or pain, for the old order of things has passed away” (Rev 21:1-4).

But there is no room for complacency. We need the Holy Spirit’s aid to ‘interpret the signs of the times’ and “to live holy and godly lives as (we) look forward to the day of God and speed its coming”.  These are also urgent days for the proclamation of the gospel both to the world and to the church. “For it is time for judgment to begin with the family of God; and if it begins with us what will the outcome be for those who do not obey the gospel of God?” (I Peter 4:17).

I do hope to see you on September 10th when Christopher Ash will be speaking on the timely theme of ‘Loving God under pressure’.  Further details: www.waldenbiblefocus.com and to book a free ticket email: swbible.focus@gmail.com.

How are you?  No, I mean how are you really?  Not just physically or mentally but spiritually, deep in your soul?  Probably there – in our soul and the soul of our church – we might be aware that all is not as it should be.  Do we long to go deeper into the things of God, do we hanker after a clearer sense of God’s presence in our worship and to see more power and fruit in our evangelism?  Are we aware of a need for greater holiness, for Jesus to be at the centre?  In short are we praying for revival and renewal for ourselves, our churches, our nation?  If so, David’s prayer in Psalm 51 could well be ours, especially verses 10 to 12.

David is repenting of his grievous sin of adultery and murder; he knows the absolute wretchedness of his heart.  He desires a new, pure heart so he asks God to create just that.  Only God can create. And certainly only God can create pure hearts.  Let us pray for such a miracle in ourselves, our churches, our nation.  See Ezekiel 36:26.

V10b “and renew a steadfast spirit within me.”

This is the cry of the repentant – to be renewed, restored.  All too often our spiritual lives are dependent upon our mood or our circumstances. Consequently they go up and down.   David asks for steadfastness of spirit.  He hadn’t been exactly steadfast when he succumbed to the temptation to lust and a murderous attempt to cover it up.  He sees the need for that now.  But such steadfastness comes as the result of the Holy Spirit’s working within us.  David is doubtless remembering how the Spirit departed from his predecessor, Saul.  So he cries out: “Do not cast me from your presence or take your Holy Spirit from me”. (v11).

V12 “grant me a willing spirit to sustain me”

The word here suggests an ‘enthusiastic volunteer’. We serve and worship the Lord not because we have to but because we want to, on account of our great love for him, prompted by his infinitely greater love for us.  So here is God’s gracious gift of an antidote to our tendency to drift away into sin and temptation: a willing spirit!   Such a spirit delights in God’s will rather than one’s own: “To do your will, O my God, is my desire; your law is within my heart”  (Psalm 40:8).

And all this is of God himself, not something we can work up or achieve.  David (and we ourselves) asks God to create (a pure heart), to renew (a steadfast spirit) and to grant (a willing spirit).

Just imagine what would happen if we all prayed like that!

I look forward to seeing you at Bible Focus on September 10th.  Do make sure the date is in your diary and don’t forget to tell your friends!