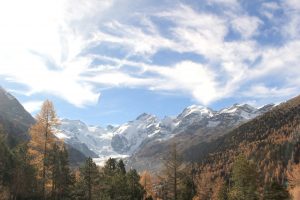 “Yours, O Lord, is the greatness”

What makes for a truly great person?  When I was growing up it would have been pioneering explorers, military generals, courageous naval officers and maybe the odd footballer and a schoolmaster whom we looked up to because he had fought in the Second World War while we were being born!

Today greatness does not seem to be quite so costly.  Or perhaps I should say that there was a day when men and women became great at considerable personal cost to themselves, whereas today many people become ‘great’ at the expense of the consumer who pays them.  Hence we have the ‘celebrity cult’.  People are considered great if they can sing, or act, or present TV programmes, or play a sport exceptionally well but that is about all.  Now I don’t doubt their talent (though I do sometimes!) and I admire that in them.  But is it right to give them all the adulation that they receive?  Many of them pay a huge price for their fame if they cannot handle it, experience mental stress or marriage break-up, resort to drugs and so on.  In that case has not the adulation become some kind of assault by the public?  Are the fans destroying their own idols?  Have we imposed a false greatness upon some who are as frail and vulnerable as anyone else?

In Matthew 12 we read of Jesus’ response to the Pharisees who accused him of Sabbath breaking and of using demonic powers. They then demanded of him a miraculous sign, so utterly blind to the fact that was high above man’s legalism and the devil’s power. He refers to David having eaten the consecrated bread that was reserved for the priests and how the priests were permitted to break the Sabbath laws in order to carry out their duties.  But Jesus is among them as one greater than David, and greater than the temple.  Then, at the end of the chapter he tells them the only sign he will give them is that of Jonah who was for three days in a fish’s belly.  A greater than Jonah is here.  He reminds them, too, of the Queen of Sheba’s visit to Solomon to hear his wisdom, yet a greater than Solomon is here.

David, a great king; the temple, a great dwelling place for God; Jonah, a great preacher of repentance; Solomon, a great man of wisdom.  Yet Jesus, our Lord and Saviour is infinitely greater than all of these!  How tawdry and futile are our notions of greatness compared to his greatness!